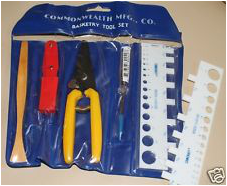 To start making baskets you will need a pan or pail for water, pinch clothespins, a yardstick, pencil, clippers or heavy scissors, an awl or small flat screwdriver, and a surform shaver. This is a great tool kit for beginners. 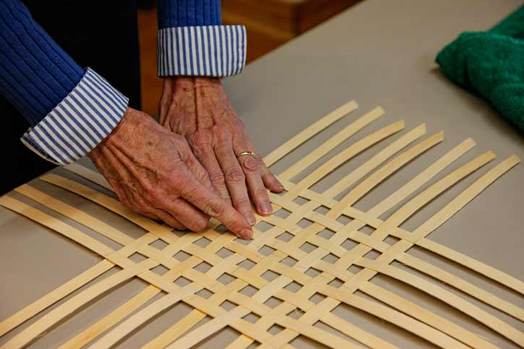 Laying Out the Base

Bases are laid out in a basic over 1/under 1 weave, each row being opposite its neighbor. Start with 3 x 3 spokes, centered, and grow to the required number of spokes for each basket's directions.

Measure the base for width and length, making sure spacing is even. Halve the measurements and measure from the center for more accuracy. Unless specified, bases are generally laid out rough side up with the center of the spokes marked on the rough side.

Twining is a weave normally using round reed. Use a long piece of the size specified (or use 2 pieces) and find the center. Give it a twist between your fingers (or crimp it with a needlenose pliers) and fold it in half. Hook it over a spoke and bring both ends out to the front.

Have the long ends going towards the right if you are right-handed, reverse for left. Take the top (or front) piece and put it behind the next spoke and back out to the front. Repeat until the correct number of rows is completed. Cut off ends on the inside. 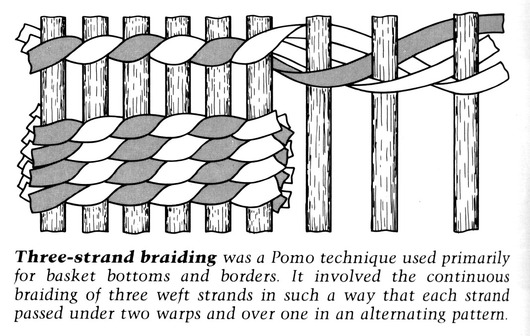 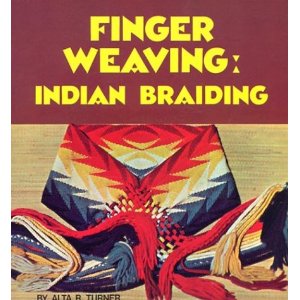 This is a great book for learning twining techniques 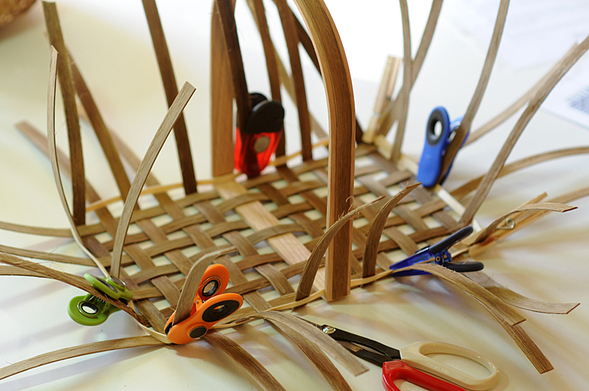 To "upsett" means to gently bend up the spokes at the base perimeters. This just makes the upward weaving easier. 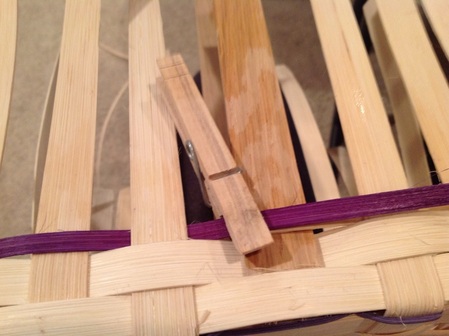 To Weave a Row

Weave all the way around - over one/under one - using lots of clothespins to hold it in place. The more clothespins you use, the better shaped basket you will get.


To finish a row, overlap your piece of reed by four spokes and cut it off. If woven correctly, both ends will be hidden. The end of the weaver will slip into weaving at the beginning of that same row.
If weaving with flat/oval reed, it is best to shave off the "oval" on the bottom piece, so that the area of overlap is not so bulky.

Consecutive rows are opposite the row before it (if over/under, then under/over). Be sure to rotate your basket so that all your stop/starts will not be on the same side. Try to start far enough to the left on each side, so that you don't have to "overlap by four" around a corner. Also be sure to pack down the rows as you weave so that there are no spaces showing between the rows of weaving. 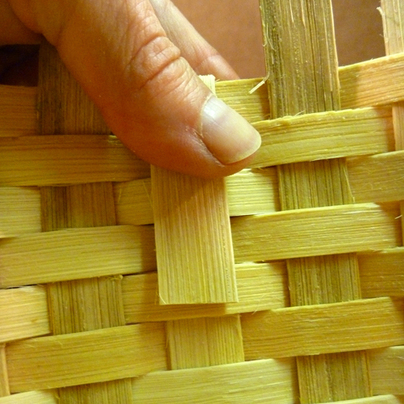 Unless specified, you will fold and tuck the outside spokes. Fold from the outside, the end of a spoke and tuck it into a row (or rows) of weaving on the inside of the basket. It is best to fold it over, cut off any excess, and then tuck it in to get a clean finish. The inside spokes can be cut off with the top of the last row of weaving. 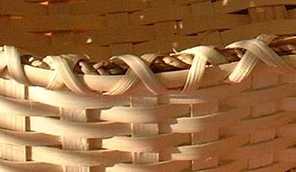 To wrap the rim means to take two pieces of reed and wrap one around the inside and one around the outside of the rim, with a two to three inch overlap. Have the inside rim overlap on the opposite side that the outside ends do - and try to avoid overlapping rims at the handle. The rim covers the top row of weaving.

If flat/oval is being used, then both ends should be shaved down where they overlap (one on the top side/the other on the bottom side) so that they will lay down smoothly.

Rim filler is usually seagrass or round reed and lays between the two rim pieces to make a nice, clean finish to the rim.

Accent pieces of dyed 1/4" flat can be used to match the basket. Lay the end of the dyed piece under a few rows to secure it, then go over and under it to create a pattern as you wrap the handle.